The Gerson Diet, known also as the Gerson Therapy, is one of the oldest Western nutritional approaches to cancer treatment.

Dr. Gerson developed the diet initially in an attempt to relieve his own migraine headaches. During the course of prescribing the diet for other patients with migraines, he discovered that it also seemed to be effective for patients with other ailments.

In 1928, a patient with bile duct cancer and liver metastases insisted that he prescribe a diet for her. Dr. Gerson reluctantly agreed because of her poor prospects, but was surprised when she apparently recovered six months later.

Dr. Gerson immigrated to the United States in 1938, passed his state medical board examination and began practicing and developing his treatment in New York City. He gained reputation for helping terminal patients and was invited to present case histories to a 1946 Congressional Medical hearing. He presented written case histories of ten patients treated with his diet who were cured of advanced cancer.


The American Medical Association (AMA) strongly criticized these presentations as being only "clinical impressions" and not "scientific evidence". At that time, as still remains largely today, diet was not accepted by mainstream medical opinion as having any role in cancer development or treatment and Dr. Gerson lost his hospital affiliation and was denied malpractice insurance.

His program was revived in 1976 by his daughter, Charlotte Gerson, RN, who opened a clinic in Tijuana, Mexico. Currently, the Gerson Institute, based in San Diego, California, trains clinicians for the Tijuana and other clinics.

The Gerson Research Organization conducts research into the role of diet and nutrition in the management of cancer and other diseases with a focus upon the Gerson Diet plus a related metabolic intervention program known as Issels therapy.

Dr. Josef Maria Issels (1907-1997), a retired member of the German Federal Cancer Commission, became co-principal investigator with the Gerson Institute for a short time before his death.

Dr. Josef M. Issels developed a treatment system that not only focuses on the cancer cells and tumors, but also, with equal importance, on the internal body environment. This environment is the "soil", on which cancers grow and which is largely responsible for progression or regression of the disease.

The Gerson Diet and Therapy Program

The Gerson Diet has been and is still the most basic, the best recognized and complete, dietary cancer treatment. Patients on the Gerson therapy know that they have to follow the therapy very closely. The Gerson diet is not only effective with cancer... also patients with various problem such as heart disease, high blood pressure, thyroid problems, lupus, colitis, diabetes, multiple sclerosis, rheumatoid arthritis, herniated disks and many other problems have benefited from the therapy.

The Gerson Diet is based on an understanding of cancer and other diseases as a process involving fermentation rather than oxidative metabolism and the ability of the body to mount a general inflammatory response to the cancer. The Gerson dietary program seeks to restore the body to its optimal functioning in order to respond to the cancer by:

Accomplishing these goals is sought through a diet of fresh, organic produce year round with daily vegetable and fruit juices plus cooked vegetables, whole grains and whole fruits.

These foods are supplemented with vitamin B12, minerals, pancreatic enzymes and thyroid extracts. Dietary fat is strictly reduced and protein temporarily restricted with a vegetarian diet.

How does the Gerson Diet work?

Gerson proposed that coffee enemas would help the liver to excrete toxins because the caffeine in the coffee dilated liver bile ducts, which then absorbed toxic products (e.g. phenacetin and other free radicals) into bile which would subsequently be injected into the small intestine and then excreted. He also proposed that enemas would cause another route of excretion through direct dialysis through the colonic wall into the colon.

Gerson proposed that the potassium/sodium balance was critical to correction of tissue damage and concluded that cancer regressed faster in the presence of a higher ratio of potassium to sodium.

This potassium/sodium ratio theory was supported by some research efforts in the 1980s. A study of normal and malignant human thyroid biopsy samples showed that increasing levels of sodium in relation to potassium were associated with increasing malignancy.

Some key parts of the regimen include the following:

Drinking 13 glasses of juice a day.

The juice must be freshly made from organic fruits and vegetables and be taken once every hour.

Drink within 2 – 3 hours after pressing

Green Leaf Juice
may be made from:

From Gerson Diet back to Home Page 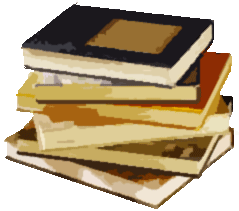