The 7 Human Emotions
in Chinese Medicine

What are the 7 human emotions?

The 7 human emotions are considered, in Chinese medicine, as the main cause of illness and cause of weakness, leading to diseases.

The ancient Chinese thinkers determined, that desires and passions, are the main obstacle to true accomplishment of a human life.


The 7 human emotions - The word “emotion” itself is not a good term to indicate the Chinese view of the “emotional” causes of disease. They are more the equivalent of desires and passion.

The word “passion” describes the idea of mental suffering better than “emotion”, because it implies the idea of something that is “suffered”, something that we are subject to. Feelings such as sadness, fear, anger become causes of disease when they take over our mind, when we no longer possess them, but they “possess” us. The “stimulation” or “excitation” produced by the 7 human emotions are similar to the “swash, surge” of the ocean waves. Such waves which carry us away.

When do any of the 7 human emotions cause disease?

Under normal circumstances, the 7 human emotions are not a cause of disease.

For example, the death of a relative provokes a very natural feeling of grief. The emotions become causes of disease only when they are either long-lasting, or very intense.

If a family or work situation makes us angry and frustrated in an on-going way, this will affect the Liver and cause disharmony.

Emotions can become the cause of disease in a very short time if they are intense enough: shock is the best example of such a situation.

"I know that the hundred diseases are generated by the qi.

When one is angry, then the qi rises.

When one is joyous, then the qi relaxes.

When one is sad, then the qi dissipates.

When one is in fear, then the qi moves down.

In case of cold the qi collects; in case of heat, the qi flows out.

When one is frightened, then the qi is in disorder.

When one is exhausted, then the qi is wasted.

When one is pensive, then the qi lumps together." 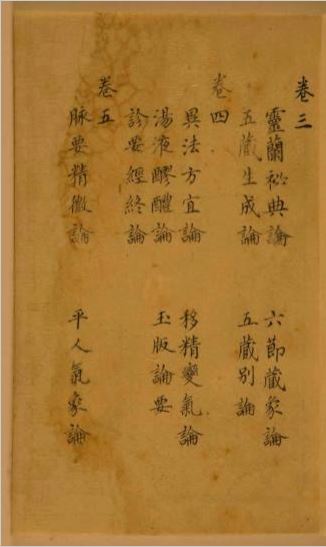 Inner Canon of the Yellow Emperor

From the 5 Elements Healing perspective, there are 5 emotions, of the 7 human emotions, each one affecting a specific Yin organ: 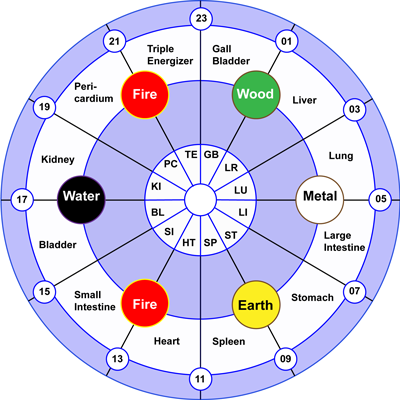 The Yellow Emperor's Classic of Medicine: A New Translation of the Neijing Suwen with Commentary

Emotional stress on the body affects the Qi flow and direction of Qi.

All emotions cause some change of the Qi flow in the body meridians.

Qi stagnation may lead to Heat, and most of the emotions can, over a longer period of time, give rise to Heat or Fire.

As the proper movement of Qi is essential to transforming, transporting and excreting fluids, the disruption in the movement results in the formation of phlegm. Phlegm, in turn, obstructs the orifices and becomes a further cause of physical, emotional and mental disturbance.

Additionally to the 5 Yin organ emotions, there are two more emotions, of the 7 human emotions, considered to be: Sadness and Shock.

• Sadness affects the Lungs and the Heart

How do Emotions affect our Health?

Each emotion has an effect on the Qi flow.

"Worry and pensiveness agitate the Heart."

All emotions, besides affecting the organ directly, affect the Heart indirectly because the Heart houses the Mind.

The Heart is the home of consciousness and feeling and reacts to emotional tension.

The term “anger” should be interpreted very broadly, to include several other related emotional states, such as resentment, repressed anger, irritability, frustration, rage, hatred, indignation, animosity or bitterness.

If these emotions persist for a long time, they can affect the Liver causing stagnation of Liver-Qi or rising of Liver-Yang. These are the two most common Liver dis-harmonies arising out of anger.

Anger makes Qi rise and symptoms will manifest in the head and neck, such as headaches, dizziness, tinnitus, neck stiffness, red blotches on the front part of the neck, a red face.

“Severe anger severs body and Qi, Blood stagnates in the upper part and the person may suffer loss of consciousness.”

Anger does not always manifest outwardly with outbursts of anger, irritability, shouting, red face, etc.  Some individuals may carry anger inside them for years without ever manifesting it.

If anger is bottled up it will cause stagnation of Liver-Qi, whereas if it is expressed it will cause Liver-Yang rising or Liver-Fire blazing.

Long-standing depression may be due to repressed anger or resentment. Because the person is very depressed, he or she may look very subdued and pale, walk slowly and speak with a low voice, all signs which one would associate with a depletion of Qi and Blood deriving from sadness or grief.

However, when anger rather than sadness is the cause of disease, the pulse and tongue will clearly show it: the pulse will be Full and Wiry and the tongue will be Red with redder sides and with a dry yellow coating. This type of depression is most probably due to long-standing resentment.

In some cases anger can affect other organs, especially the stomach. This can be the result of stagnant Liver-Qi invading the Stomach. This occurs when one gets angry at meal-times...

Regular anger emotions an hour or two after meals will affect the Intestines rather than the Stomach. This happens, for example, when we go straight back to a stressful and frustrating job after lunch.  In this case, stagnant Liver-Qi invades the Intestines or the Qi of the Intestines stagnates directly and causes abdominal pain, distension and alternation of constipation with diarrhea.

Finally, anger, like all other emotions, also affects the Heart.

Anger makes the Heart full with blood rushing to it.

With time, this leads to Blood-Heat affecting the Heart and therefore the Mind. Anger tends to affect the Heart particularly when the person does a lot of jogging, hurrying or exercising. The term “joy” should be interpreted broadly. Obviously joy is not in itself a cause of disease.

“Joy makes the Mind peaceful and relaxed, it benefits the Nutritive and Defensive Qi and it makes Qi relax and slow down”.

What is meant by "joy" as a cause of disease is obviously not a state of healthy contentment but one of excessive excitement and craving which can injure the Heart. This happens to people who live in a state of continuous mental stimulation (however pleasurable) or excessive excitement. This leads to excessive stimulation of the Heart and, in time, can lead to Heart-Fire or Heart Empty-Heat, depending on the underlying condition.

The main manifestations are palpitations, over-excitability, insomnia, restlessness, talking a lot and a red tip of the tongue.

Joy may also be marked out as a cause of disease when it is sudden; this happens, for example, on hearing good news unexpectedly. In this situation, "joy" is similar to shock.

The fairly common situation of this over excitement would be a migraine attack or, mostly in children, where over-excitement usually ends in tears.

Joy in Life - Power of laughter

Sadness weakens the Lungs and also affects the Heart.

Sadness includes the emotions of grief and regret.

Sadness manifests in a variety of symptoms, such as breathlessness, tiredness, a feeling of discomfort in the chest, depression or crying.

Worry is a common emotional cause of disease in our society. The extremely rapid and radical social changes that have occurred in Western societies in the past decades have created a climate of such insecurity in all spheres of life.

“Worry causes obstruction of Qi so that Qi stagnates.”

Some people appear to be very tense and worry a lot. On close interrogation about their work and family life, often nothing of note emerges. They simply worry excessively about trivial everyday activities and they tend to do everything in a hurry and be pressed for time. This may be due to a constitutional weakness of the Spleen, Heart, or Lungs or a combination of all.

Worry knots Qi, which means that it causes stagnation of Qi, and it affects both Lungs and Spleen: the Lungs because when one is worried breathing is shallow, and the Spleen because this organ is responsible for thinking and ideas.

The symptoms and signs caused by worry will vary according to whether they affect the Lungs or the Spleen. If worry affects the Lungs it will cause an uncomfortable feeling of the chest, slight breathlessness, tensing of the shoulders, sometimes a dry cough, weak voice, sighing and a pale complexion.


If worry affects the Spleen it may cause poor appetite, gastric discomfort, some abdominal pain and distension, tiredness and a pale complexion.

Finally, like all emotions, worry affects the Heart causing stagnation of Heart-Qi. This will cause palpitations, a slight feeling of tightness of the chest and insomnia.

Worry is the emotional counterpart of the Spleen's mental energy which is responsible for concentration and memorization. When the Spleen is healthy we can concentrate and focus on the object of our study or work: the same type of mental energy, when disturbed by worry, leads to constantly thinking, brooding and worrying about certain events of life.

Pensiveness is very similar to worry in its character and effect. It consists in brooding, constantly thinking about certain events or people (even though not worrying), nostalgic hankering after the past and generally thinking intensely about life rather than living it.

“Pensiveness makes the Heart [Qi] accumulate, and causes the Mind to converge: the Upright Qi settles and does not move and therefore Qi stagnates.”

In extreme cases, pensiveness leads to obsessive thoughts. In a different sense, pensiveness also includes excessive mental work in the process of one's work or study.

Pensiveness will therefore cause similar symptoms as outlined above for worry.

Fear includes both a chronic state of fear and anxiety, and a sudden fright. Fear depletes Kidney-Qi and it makes Qi descend.

"Fear depletes the Essence, it blocks the Upper Burner, which makes Qi descend to the Lower Burner"

Examples of Qi descending is nocturnal incontinence in children and incontinence or diarrhea in adults following a sudden fright.

In adults fear and chronic anxiety more often cause deficiency of Kidney-Yin and rising of Empty-Heat within the Heart, with a feeling of heat in the face, night sweating, palpitations and a dry mouth and throat.

Mental shock “suspends” Qi and affects the Heart. It causes a sudden depletion of Heart-Qi, makes the Heart smaller and leads to palpitations, breathlessness and insomnia.

“Shock affects the Heart depriving it of residence; the Mind has no shelter and cannot rest, so that Qi becomes chaotic”.

Shock also "closes" the Heart or makes the Heart smaller.  This can be observed in a bluish tinge on the forehead and a Heart pulse which is Tight and Fine.

* Stress, Worry Anxiety and the Blues

From '7 Human Emotions' back to 'Home Page'