The Dangers of Eating Meat

Try living without meat for a few days...

'Then God said, "I give you every seed-bearing plant on the face of the whole earth and every tree that has fruit with seed in it. They will be yours for food.'

Meat consumption has conclusively been linked to obesity, heart disease, cancer, diabetes, and a many other chronic and deadly diseases.

I know it sounds like the warning on a cigarette pack... The risks involved here... are just as dangerous.

The following lecture by Dr. Michael Klaper is incredibly informative. Please take the time to watch it!

Medical research has found that a properly balanced vegetarian diet may, in fact, be the healthiest diet.

This was demonstrated by the over 11,000 volunteers who participated in the Oxford Vegetarian Study.

For a period of 15 years, researchers analyzed the effects a vegetarian diet had on longevity, heart disease, cancer and various other diseases.

The results of the study stunned the vegetarian community as much as it did the meat-producing industry:

"Meat eaters are twice as likely to die from heart disease, have a 60 percent greater risk of dying from cancer and a 30 percent higher risk of death from other causes."

In addition, obesity, which is a major risk factor for many diseases, including gallbladder disease, hypertension and diabetes, is much lower in those following a vegetarian diet.

According to a Johns Hopkins University research report on 20 different published studies and national surveys about weight and eating behavior, Americans across all age groups, genders and races are getting fatter.

Today, 75 percent of U.S. adults are overweight or obese.

This puts them at great risk for heart disease, diabetes and various cancers.

A balanced vegetarian diet may be the answer to the current obesity pandemic in the United States and many other countries. 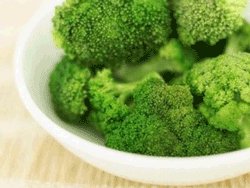 According to the American Cancer Society, up to 35 percent of the 900,000 new cases of cancer each year in the United States could be prevented by following a healthy diet.

Could cancer lose its grip on modern societies if they turned to a balanced vegetarian diet?

The answer is "yes" according to two major reports, one by the World Cancer Research Fund and the other by the Committee on the Medical Aspects of Food and Nutrition Policy in the United Kingdom.

The reports conclude that a diet rich in plant foods and the maintenance of a healthy body weight could annually prevent four million cases of cancer worldwide.

Both reports stress the need for increasing the daily intake of plant fiber, fruits and vegetables and reducing red and processed meat consumption to less than 80-90 grams.

If you are currently eating meat on a regular basis and wish to change over to a vegetarian or raw food diet...

It might be a good idea to start with a detox diet ...

Death in the Meat

Research has shown that all meat eaters have worms and a high incidence of parasites in their intestines. This is hardly surprising given the fact that dead flesh (cadaver) is a favorite target for micro-organisms of all sorts.

A 1996 study by the United States Department of Agriculture (USDA) showed that nearly 80 percent of ground beef is contaminated with disease-causing microbes.

The primary source of these bugs is feces.

A study conducted by the University of Arizona found there are more fecal bacteria in the average kitchen sink than in the average toilet bowl. This would make eating your food on the toilet seat safer than eating it in the kitchen.

The source of this bio-hazard at home is the meat you buy at the typical grocery store.

The germs and parasites found in meat weaken the immune system and are the source of many diseases.

These germs are the leading cause of kidney failure among children in the United States. This fact alone should prompt every responsible parent to prevent their children from eating flesh foods.

Much of the germ-infestation of meat is caused by feeding farm animals foods that are unnatural to them. Cattle are now fed corn, which they are unable to digest, but it makes them fat very quickly. dangers of eating meat

Cattle feed also contains chicken feces. The millions of pounds of chicken litter (feces, feathers and all) scraped off the floors of chicken houses are recycled as cattle feed. The cattle industry considers this "good protein." The other ingredients of cattle feed consist of ground-up parts of animals, such as deceased chickens, pigs and horses.

According to the industry, giving the cattle natural, healthy feeds would be far too costly and unnecessary.

Who really cares what the meat is made of, as long as it looks like meat?

Combined with hefty doses of growth hormones, a diet of corn and special feeds shortens the duration of fattening up a steer for market from a normal time period of 4-5 years to a mere 16 months.

Of course, the unnatural diet makes the cows sick.

Like their human consumers, they suffer from heartburn, liver disease, ulcers, diarrhea, pneumonia and other infections. To keep the cattle alive until the deadline for slaughter at the "ripe old age" of 16 months, the cows need to be fed enormous doses of antibiotics.

In the meantime, the microbes that respond to the massive biochemical assault of antibiotics, find ways to become immune to these drugs by mutating into resistant new strains.

Those unfortunate cows that don't drop dead prematurely due to all the poisons fed to them during their short earthly existence, experience an undignified and gruesome end of life in the slaughterhouse or meat-packing plant.

From there, the diseased, germ-infested meat ends up in your local grocery store, and a little later, on your dinner plate...

Just think about all that...

* How to Break Bad Habits

From 'Dangers of Eating Meat' back to 'Home Page'