Biophotons - We are Light... 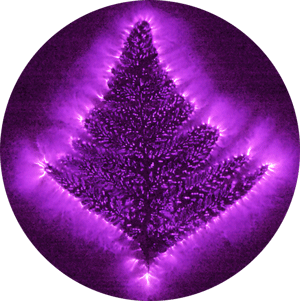 Biophotons are ultra-weak photon (light) emissions of biological cell systems. All living cells (plants, animals and human beings…) emit light which cannot be seen by the naked eye but can be measured.

Modern science - since the times of Max Planck and Albert Einstein - has come to understand, that everything we perceive and describe as matter, is energy.

Energy can be perceived as waves of light, sound or consciousness on which we find information in form of frequencies, vibrations and resonance.

This suggests that (biophysical) light interacts with cell information self-organization, that may be achieved by means of bio-molecular, metabolic, or neural communication. These systems may merge as mobile energy relay systems similar to what is seen as Qi processes in acupuncture science.

Light emission is an expression of the functional state of the living organism and its measurement therefore can be used to assess this state.

Cancer cells and healthy cells of the same type, for instance, can be discriminated by typical differences in bio-photon emission.

According to the biophoton theory developed on the base of these discoveries, biophoton light is emitted from in the cells of the organism - more precisely, in the DNA molecules of their nuclei - and light is constantly released and absorbed by the DNA and connects all cells, tissues, and organs within the body and serve as the organism's main communication network and as the principal regulating instance for all life processes. The processes of morphogenesis, growth, differentiation and regeneration are also explained by the structuring and regulating activity of the biophoton field.

The consciousness-like coherence properties of the biophoton fields are closely related and indicate its possible role as an interface to the non-physical realms of mind, psyche and consciousness.

The discovery of biophoton emission also lends scientific support to some unconventional methods of healing based on concepts such as homeopathy, acupuncture and hands-on healing.

The Chi energy flowing in our bodies' energy channels (meridians) which according to Traditional Chinese Medicine regulates our body functions may be related to the organism's biophoton field.

First discovered in 1923 by Russian medical scientist Professor Alexander G. Gurwitsch and widely researched in Europe and the USA in the 1930s. In 1974 German biophysicist Fritz-Albert Popp has proven their existence, their origin from the DNA and later their coherence – connectedness - , and has developed the biophoton theory to explain their possible biological role and the ways in which they may control biochemical processes, growth, differentiation.

Popp's biophoton theory leads to many startling insights into the life processes and may well provide one of the major elements of a future theory of life and holistic medical practice based on such an approach. The importance of the discovery has been confirmed by eminent scientists such as Herbert Froehlich and Nobel laureate Ilya Prigogine.

The encounter of the West with the ancient medical science of acupuncture and other studies in biophysics have awakened a deep curiosity about other possible modes of energy transmission and communication within the body, beyond the already known circulatory systems: the blood, the lymphatic, and the nervous system.

Modern experimental work suggests that we are beginning to map some type of light circulatory system operating on an energetic level in a markedly different manner from that of its molecular counterparts. In 1973 researchers at the University of Los Angeles succeeded in replicating a Russian experiment in which the cut off part of a leaf was still faintly visible with Kirlian (high-frequency) photography.

This may be regarded as the first visible scientific proof of the existence of an aura (biophotons) around living objects. Before that Professor Harold Saxton Burr had measured the electric fields around living things and shown that these 'L-fields' (short for 'Life-Fields) pre-exist and guide the development of the related entity.

How to Turn up the Light

Fresh fruit and vegetables become charged if exposed to sunlight before eating.

Revitalizing may be the most important task with chronic diseases and especially with cancer and for rejuvenation.

Kirlian photography shows that cut leaves and grasses lose most of their Chi energy within a few hours.

Ways to 'light up our cells':

A high body charge (biophotons) is a sign of a healthy body.

From Biophotons back to Home Page